Excellent 1,843 reviews
Why Modular Closets
Home   /   The Module   /   Minimalism, Zen, and Simplicity in Design: A Movement That Changed the World Minimalism, Zen, and Simplicity in Design: A Movement That Changed the World

Minimalism burst onto the scene in the middle of the 19th century and has changed the nature of design, architecture, and music. As a design philosophy, minimalism is characterized by extreme spareness and simplicity. It was originally inspired by Japanese architecture and the way it infused Zen buddhist ideals into elements of buildings. Japanese Zen Buddhism seeks truth by revealing the Ma that lies within materials and objects. Ma can be roughly translated as "gap", "space", "pause" or "the space between two structural parts, it captures the value placed on rejection of the unnecessary and embracing life’s simple treasures. Revealing the essence of an object through the removal of the unnecessary is the principle that the entire movement is based on; a movement that would go on to change the world.


During the 1960’s minimalism rose to prominence within the musical world. Composers like John Cale and La Monte Young used repetitive chord structures to create a stripped down sound that drove right to the heart of a song’s essence in a way that had never been done before. The effect was immediately and the subsequent rise of electronic dance music (EDM) traces its roots back to these innovations. The era of the band was quickly eclipsed by DJ culture and hip hop, styles that use stripped down beats and ambient sounds to get people dancing. These styles take advantage of music that is not dressed up with frivolity, rather its chords and beats are exactly as they appear, unadorned and the essence of the sound is free to shine forth. 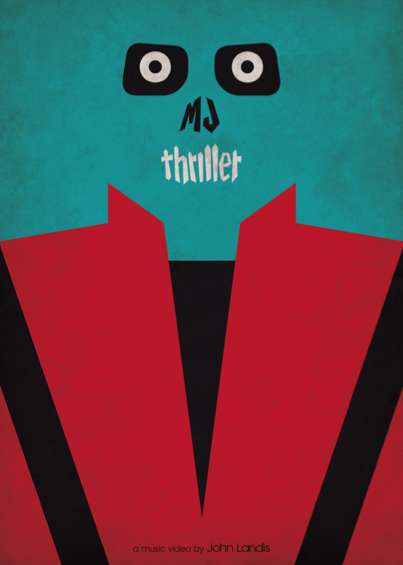 The 1960’s was characterized by the revolt against establishment institutions in all forms. The art scene was no different and the young artists of the day created a new style of art that used minimalism as its basis. Artists created a new aesthetic appeal that took advantage of of an art piece’s height, weight, and light content. These artists also rejected the previous generations notions of fine art in favor of an industrial aesthetic that used prefabricated materials to give new meaning to forms that had their roots in everyday life. It was a movement that sought to invoke the essence of an everyday object by utilizing, rather than adding to it. 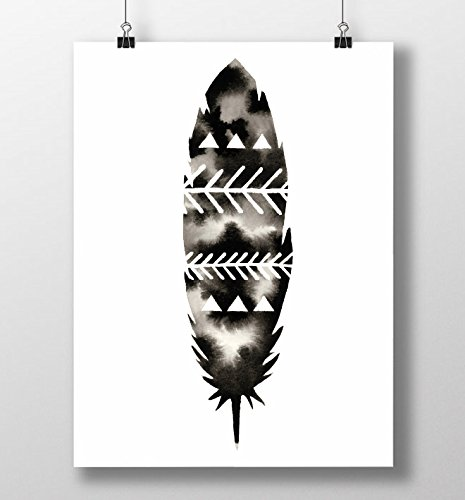 Traditional architectural forms like the Gothic used the flying buttress and the pointed arch to invoke a sense of grandeur. These structures were the skyscrapers of the day and they existed to invoke feelings of grandeur and wonder. Buildings like Chhatrapati Shivaji Terminus, in  Mumbai embody this focus. 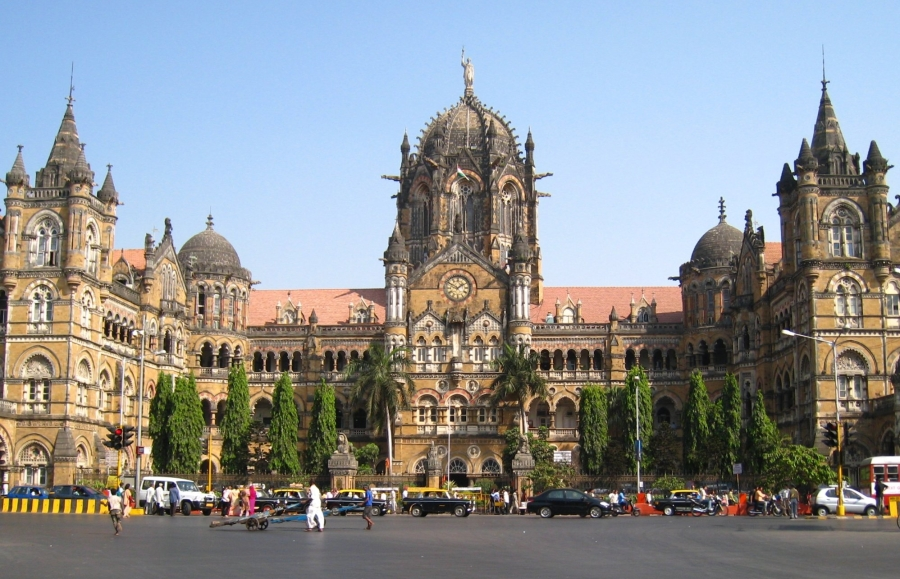 
Architects and like Frank Lloyd Wright used the concept of less is more to strip away the unnecessary. He sought to utilize space organically and use light as a design element. Wright’s Fallingwater  was built on the principle that a building’s locations is as important as the materials used and the design it is based on. The building is one with its environment and doesn’t conflict with its surroundings, rather it enhances both in a way that creates synergy between them. Wright’s work embodies the concepts of Wabi and Sabi, These can be translated as an active aesthetic appreciation of poverty, and elegant simplicity with quiet taste. These principles are the basis of Wright’s approach and his ability to create structures that don’t overpower, but enhance their surroundings 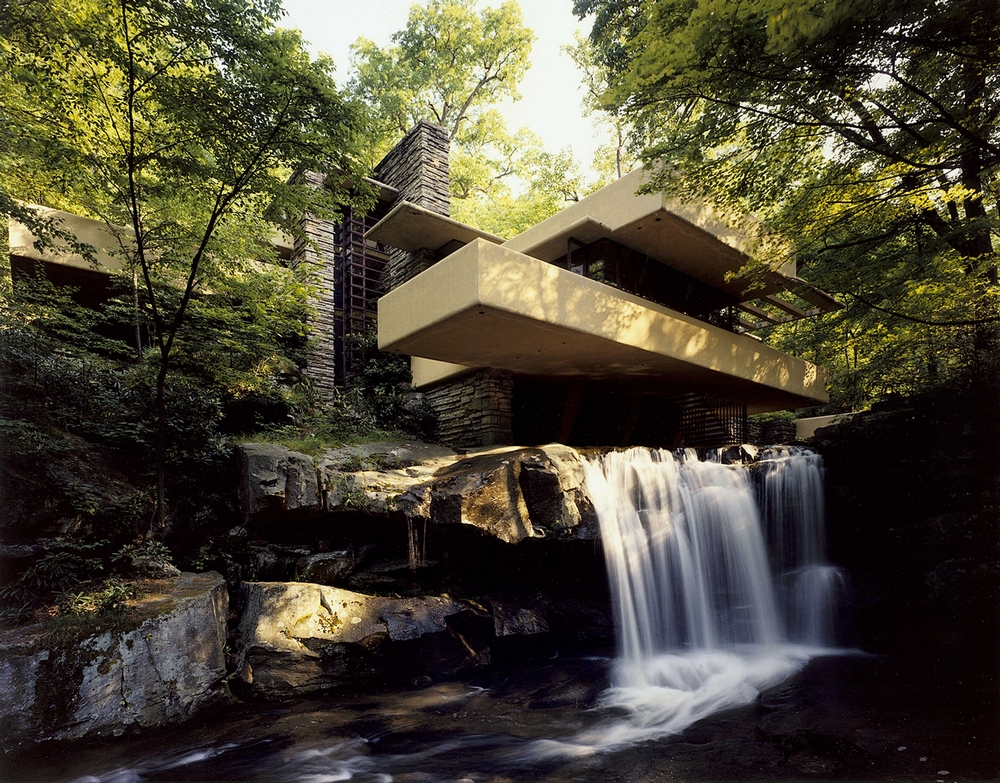 The focus on simplicity as a moral principle has since filtered down from art and can now be considered a lifestyle. One hundred and fifty years down the line and we are now facing  a revolution in the way people are living. Minimalism has become a global movement that seeks to reverse the tide of commercialism in an effort to refocus our energy from our material possessions. Bloggers such as Joshua Fields Millburn & Ryan Nicodemus have popularized this way of life and the freedom from possessions it espouses. They believe that,


Campaigns such as Project 333 now promote lifestyle’s of less is more. Participants make a pledge to make do with just 33 item of clothing for a period of three months. The goal is to leave more time for the important things in life by limiting our engagement with the petty. Things like meaningful human interaction, introspection, and community have been proven to generate happiness and the idea is to leave more time for these and less for the things that hold us back from them.


Companies, like IMBY, exist to  give people the opportunity to buy clothing with multiple functions in the hope that elimination of choice will engender greater freedom and more happiness.


“At IMBY, we focus on mindfulness in and out of your closet. What does it mean to only add mindfully-made pieces to your wardrobe, and only add items that we truly love to wear? By curating a capsule wardrobe consisting of high quality, comfortable clothes that you feel your best in, you can avoid decision fatigue while getting dressed while staying true to your style. By reducing clutter in your closet, you are creating room—physically and emotionally—for things you really care about”.


Modular Closets was created to help people effectively store the possessions they do have in an effort to increase freedom and happiness. This mission is what drives our company and is the basis for everything we do. Our customers have taken the first step in a long process; the end goal being greater freedom and happiness for you and your family.

Also in The Module How to organize your closet The Gift To Top All Gifts

Sign up to get the latest on sales, new releases and more …