Closet Wars: Battle of the Sexes

The gender pay gap has gotten a lot of press in the last few years, casting a light on the existing differences between the genders, in all its forms. The difference in fashion preference between men and women has been a common cause of conflict among couples who share closets. While it has not yet reached the stature that women’s fashion enjoys, men’s preoccupation with fashion is a whale under the surface- & that whale is about to breach.


'I feel like men are paying more and more attention to their looks these days, though, and are a lot more fashion-conscious than a few years ago,” said Bobbie Malpass, editor of MyCelebrityFashion.co.uk.
“They might not catch up with women’s wardrobes anytime soon, but they are definitely on the right path!”

A less obvious fallout from this comes in the form of a fashion gaps very natural neighbor: Closet space distribution.

It isn’t hard to imagine a prehistoric couple arguing over the closet space in their cave, but the tide is slowly turning.

With the gender gap in closet use is leveling out as men’s fashion goes from a punchline to a billion dollar industry, a closet space allocation revolution is a brew.


According to a Closetmaid survey, the average American women has 132 items in her closet while men have just 43. The unequal distribution of closet space can become an issue for couples when ⅔ of the average closet is occupied by women’s clothing leaving a measly ⅓ for the man’s. The lack of adequate closet space is causing a boom in the custom closet industry.

Data from ModularClosets.com reveals that, in their DIY closet product, the men are handling the designing & installation of the closet 78% of the time, yet are requesting a 3-1 ratio of his/her space distribution on a whopping 84% of projects! Talk about rubbing it in his face...


What used to cost in the tens of thousands can now be had for a fraction of that amount. The shift has caused an industry-wide pivot towards the storage of men’s clothing. The future bodes well for dark sophisticated wood and living room shoe shining stations. The men’s closet has gone from a cause of conflict to a way for men to express their personal style. 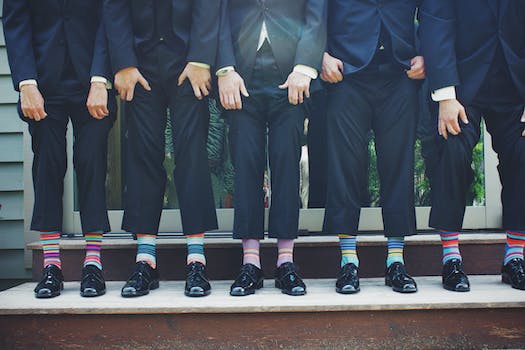 Ashley Weston, a celebrity menswear stylist, is part of a movement that has emerged to meet the growing demand in men’s fashion. Her four rules for men’s fashion outline some basic rules for men to follow. All items in her ideal man’s wardrobe:

Women, while holding the closet throne, have remained unhappy with their options.

According to a ClosetMaid poll, Minimalism, Zen, and Simplicity in Design: A Movement That Changed the World
Next How to Get Your Closet Organized: The Essential Closet Makeover Part 3